Avoid Taxes and Penalties on Your Business’s Compensation Arrangements

Has your business promised to pay a benefit to an employee or an independent contractor at some time in the future? If so, your promise may be subject to the complex rules of Section 409A of the Internal Revenue Code. Read More ›

Encourage Your Employees to Grow Your Business

You have a reason to grow your business—you’ll make more money. You also have a reason to stick around—the proverbial pot of gold at the end of the rainbow. But what about your key employees? You should consider giving them the same incentives. Read More › 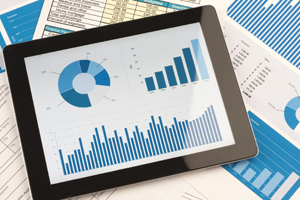 The Acts generally require that owners of PLLCs and PCs be a licensed professional of the service provided by the company. The amendments create an exception and allow non-licensed individuals to be owners of public accounting PLLCs and PCs as long as at least 50% of the equity and voting rights are held directly or beneficially by individuals who are Certified Public Accountants (CPAs). Public accounting is now the only profession under each of the Acts allowed to admit non-licensed individuals as owners. Read More ›

The U.S. Department of Treasury and the IRS have ruled that, effective as of September 16, 2013, same-sex couples who are legally married in a jurisdiction that recognizes same-sex marriage must be treated as married for all federal tax purposes. Accordingly, married same-sex couples must file their 2013 federal income tax returns as either “married filing jointly” or “married filing separately.” They may also choose to file original or amended federal tax returns for 2010, 2011, and 2012 and claim refunds. Some taxpayers may be eligible to claim refunds for earlier tax years. Read More ›

On May 23rd, the Michigan Court of Appeals upheld a tax tribunal decision that held a restaurant owner personally liable for unpaid taxes, even though that owner had minimal involvement in the preparation of those taxes. Griffin, Jr. v. Dep't of Treasury. The restaurant had failed to pay its sales and withholding tax liabilities for four months, resulting in bills for the unpaid taxes, penalties, and interest on the overdue amount. Based on MCL 205.27a, the Department of Treasury sought to hold the restaurant owner personally liable for the tax bill. Why was an individual liable for the unpaid taxes of a business? ›

Dental, orthodontic, and other professional practices often use management fees to allocate compensation among professionals. This compensation strategy is sometimes tax efficient only if the management fee is tax deductible. The U.S. Tax Court recently ruled that a dental practice was not entitled to deduct purported management fees that the practice paid to a related, ESOP-owned entity because there was no indication that the entity actually performed services in exchange for the fees. Wiley M. Elick, Tax Court Memorandum 2013-139. The court also upheld the IRS's imposition of an accuracy-related penalty. Professionals who use management fees in their compensation plan should ensure that the relationship is properly structured and that services are well documented.

If your business may have misclassified workers as independent contractors, consider applying for the IRS's temporary Voluntary Classification Settlement Program (VCSP) by June 30th. The VCSP allows eligible taxpayers who have misclassified workers as independent contractors to prospectively reclassify them as employees pursuant to a closing agreement with the IRS. The settlement terms are generous. To qualify for the permanent program, a taxpayer must have filed all required Forms 1099 for the previous three years and must meet other requirements. The temporary version of the VCSP waives the requirement that the Form 1099 filing requirement in exchange for the taxpayer paying a larger percentage of the employment tax liability that would have been due on compensation paid to the reclassified workers during the most recent tax year and paying a reduced penalty for failing to file Forms 1099. A taxpayer may apply for the temporary program by filing Form 8952 with IRS by June 30, 2013, writing “VCSP Temporary Eligibility Expansion” across the top of the form, and striking Part V, Line A3.  See IRS Annotation 2012-45 for details.

Bankruptcy statute 11 USC §524(a) prohibits the collection of debts that are discharged in a bankruptcy case. However, this does not apply to nondischargeable debts, which can be collected after a debtor receives a discharge, but not during a pending bankruptcy when the automatic stay under 11 USC §362 is in effect.

The Alternative Minimum Tax (“AMT”) was enacted in 1969 to ensure that high-income individuals paid at least a minimal amount of tax.  The AMT operates parallel to the regular tax system and allows different deductions, credits, and exemptions. Read about the changes to the AMT ›